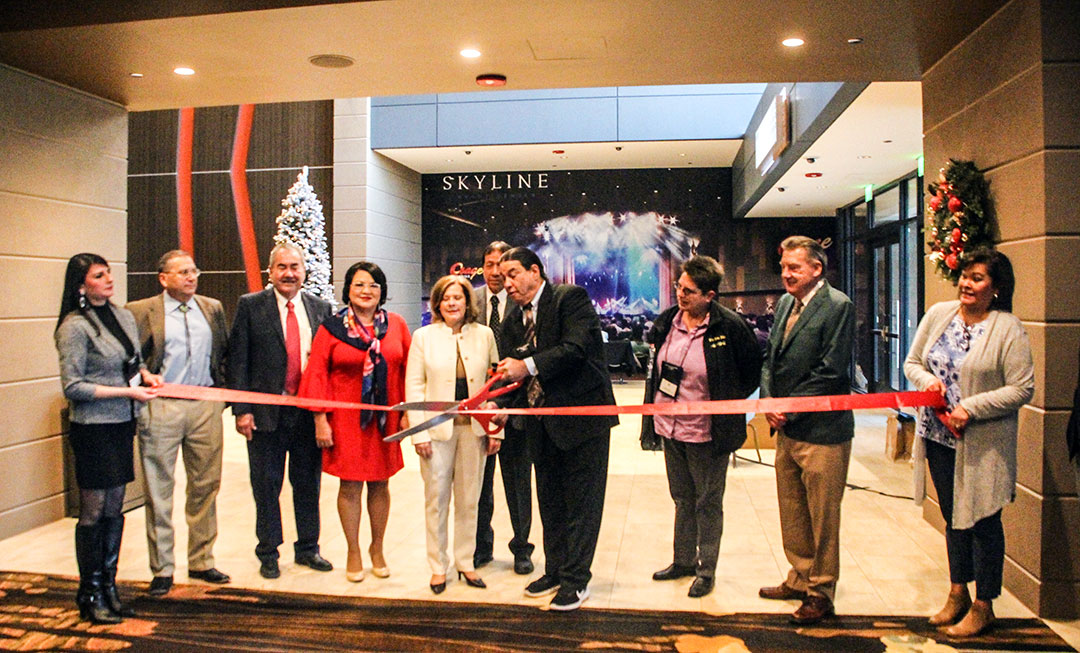 TULSA — Despite not having any live bids, the Osage Minerals Council’s winter quarter lease auction had more than three times as many tracts sell than its immediate predecessor.

Held at Osage Casino Tulsa on Dec. 12 in conjunction with the Minerals Council’s annual Oil and Gas Summit, the sale featured 40 leases, all of which sold for the minimum bid: $4,700 for each oil and gas combination tract, $3,600 for oil only tract and $3,400 for each gas only tract.

By comparison, only 11 of the 41 leases up for auction in September sold. Several of the unsold tracts at the September sale were carryovers from a previous sale and nominated by the council office, while the options at the December auction were all put forward by producers.

“That $4,700 that these guys are getting these leases for is going to look pretty cheap when oil goes up,” auctioneer Galen Crum said in an unsuccessful effort to try to get attendees to bid. “You all are going to be kicking yourselves when you get stuck on the road behind a tanker truck or two that’s turning off on to one of these leases.”

By a 7-0 count, the council approved a $179,600 bonus consideration after the sale from the auction’s proceeds at a brief special session.

The date for the council’s spring quarter lease sale has not yet been announced.