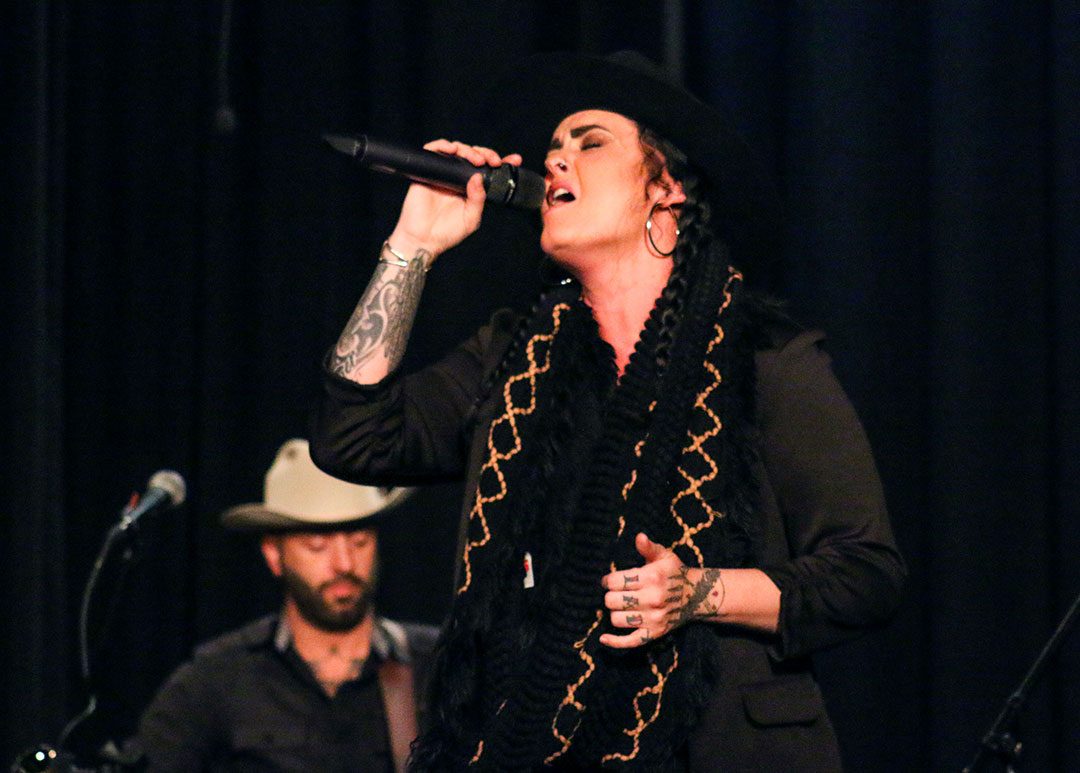 Area residents attended the Constantine Theater in downtown Pawhuska on Dec. 19 to catch Osage Nation citizen Natalie Brady and her band, the Nite Owls, as they took the stage in support of the Osage Language Immersion School.

Originally from Tulsa and a 2003 graduate of Union High School, Brady currently lives and performs in Nashville with the Nite Owls. Part of the extended Tinker clan, she appeared earlier this year on NBC’s singing competition show “The Voice.”

“It’s really a huge treat for us to be here,” Brady said. “This is the first batch of shows we’ve ever played in Oklahoma, so you get to have a little history with us too.”

Hosted by Daposka Ahnkodapi’s parent committee, the concert and accompanying silent auction raised more than $3,000 to help pay for classroom needs incurred by the site’s faculty and staff.

The school also has a GoFundMe page up to help supplement the funds it receives from the Osage Nation. Currently, the school serves students through second grade with plans to add a grade each year. Featuring class sizes of 10 students or less per grade, it is working toward achieving accreditation as a private school.

“These ladies (the school’s teachers) love our kids like they’re our own,” Parent Committee member and emcee Anthony Shackleford said. “They take the extra step to make sure their education is at the forefront of what they’re doing. They do it with compassion. They do it with love and they sprinkle a little culture and language in there. It works.”