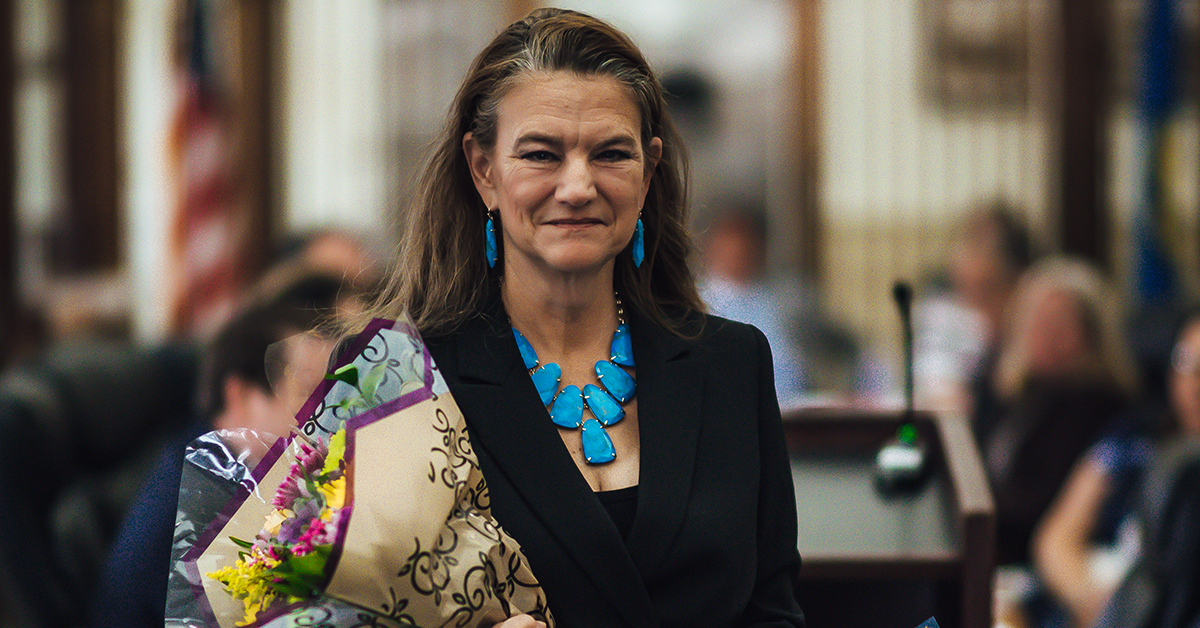 On March 25, Wells received a citation commending her for serving the Nation since her confirmation as Attorney General in spring 2015. Wells is the Nation’s second AG and first female to hold the office since its 2010 establishment in Osage law.

The Congress voted 11-0 unanimously to issue the citation to Wells after Congressman Eli Potts made the motion to present the recognition to Wells.

Potts read the citation aloud, which included a summary of Wells’ professional and legal service before her Attorney General post. The citation read: “Whereas Holli Wells has dedicated a lifetime of public service to numerous tribal governments and the State of Oklahoma, whereas (Wells) has served as the Assistant District Attorney for the 27th Prosecutorial District and has served as a Special District Judge for the 15th Judicial District for the State of Oklahoma, whereas (Wells) was appointed to serve as the Attorney General of the Osage Nation in 2015, whereas (Wells) has earned a Bachelor’s Degree and graduated magna cum laude from Northeastern State University in Tahlequah, Okla. and went on to earn a Juris Doctorate from the University of Oklahoma School of Law in Norman. (Wells has served as the vice president of the National Native American Law Student Association and was editor-in-chief of the American Indian Law Review. (Wells) has earned the admiration and respect of her colleagues and the members of Congress for her leadership and dedication of years of service to the Osage people.”

Wells expressed gratitude for the honor after the Congressional vote to issue the citation. “I am very honored, I wouldn’t be able to do this job because I wouldn’t be a lawyer if it weren’t for the Osage Nation scholarship,” she said. “I was very proud to come back and repay to this Nation what this Nation has given to me and my family and I thank all my family members and my friends, I thank all members of Congress for this and I thank the Chief for appointing me and I thank all of you for working with me, I do try to keep my office as independent and open to all Congress people for help that I can give you and any questions I can answer, as well as the Executive Branch.”

Congresswoman Alice Goodfox launched the tradition in honoring Osage women in government in 2016 while she served on the Congressional Affairs Committee at the time. Those honorees received recognition during the latter part of March, which is designated as Women’s History Month. Potts, along with current Congressional Affairs Committee members, selected Wells for this year’s honoring.

Other past Women’s History Month honorees included Osage women who served on the First ON Congress, the former Osage National Council and the 31st Osage Tribal Council.