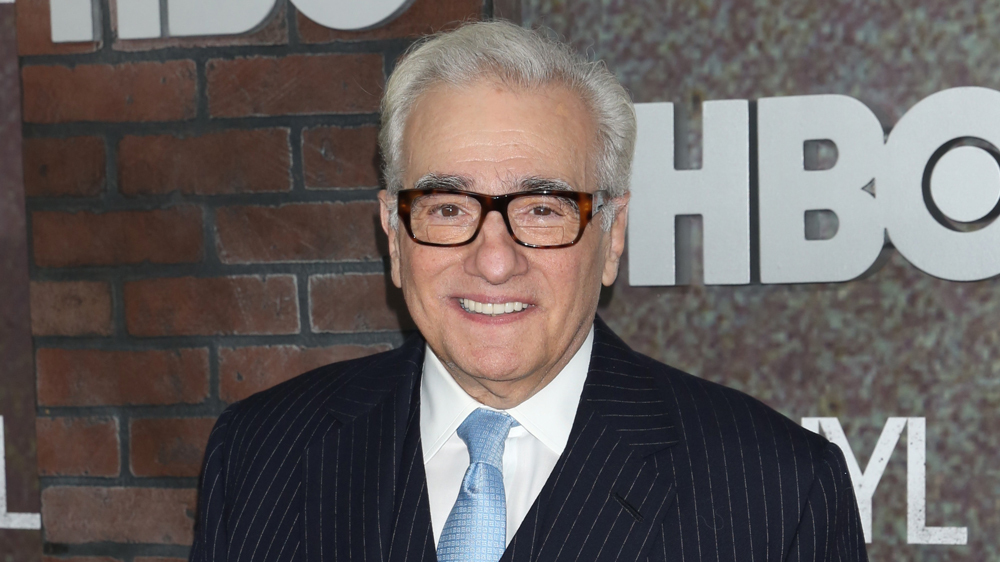 In the early morning hours of May 29, a woman with pinkish-red streaks in her hair stood in front of the Superintendent’s building on the Osage Nation campus. She had a small sketch pad and was gazing intently at the empty building that used to house the Indian Agents of the Bureau of Indian Affairs.

Unbeknownst to the many Osages going to and from work that morning, the woman was Marianne Bower, producer, researcher and lead historian for legendary director Martin Scorsese’s Sikelia Productions. The production team had traveled to Pawhuska to meet with the Osage Nation as the filmmaking process moves forward for “Killers of the Flower Moon,” an adaptation of David Grann’s national bestseller about the Osage Reign of Terror and stars Leonardo DiCaprio.

Inside the Executive Office’s small conference room, the research team joined Principal Chief Geoffrey Standing Bear, Addie Roanhorse and Chad Renfro for introductions. Roanhorse and Renfro are the Nation’s ambassadors for the project.

The conversation began light and then delved into the history of the Osage murders, what it was like for Osages living on the Osage reservation during the Reign of Terror and what it’s like for Osages in present day. Standing Bear told the story of how the Osage came to buy their reservation from the Cherokee and why they chose the area for its rocky lands. He explained they chose the rocky lands because white farmers could not till the land. But then something happened no one could predict, they struck oil.

He explained what it was like for his Osage grandmother, Mary Lookout StandingBear, to go to the BIA and take out money from her IIM account to buy a lawnmower in the 1970s. He said there were at least five different offices they had to visit and even in the 1970s, Osages did not have full control of their money.

After the meeting concluded, half of the research team traveled to Grayhorse with Renfro for the Grayhorse Community Building groundbreaking and the other half went to the Osage Nation Museum with Roanhorse to visit with ONM Director Marla RedCorn-Miller.

They conducted interviews with Grayhorse community members and toured the area. They also met with lawmakers in Oklahoma City about the recently passed Senate Bill 200, which increases the tax rebate for big film companies.

“As the process of putting this film together progresses, we enjoyed coming back to Osage County – this time with a few more members of the production team – to visit with Chief Standing Bear and his staff, conduct further research and see a variety of locations,” said Atwood. “As always, the Chief, Chad Renfro, Addie Roanhorse and many other members of the Osage Nation were tremendously helpful and welcoming to us. We so appreciate the support and hospitality we’ve received. We look forward to returning soon, and will have more to share as the production comes together.”

The team that visited the Nation has worked with Scorsese for decades. They’re responsible for many of the country’s most popular and critically acclaimed films.

Ferretti has won three Academy Awards for Best Art Direction for “The Aviator,” “Sweeney Todd: The Demon Barber of Fleet Street,” and “Hugo.” He has seven previous Oscar nominations and has also won three BAFTA Awards. He has worked on “Silence,” “Cinderella,” “Shutter Island,” “Gangs of New York,” “Meet Joe Black,” “The Age of Innocence,” “Casino,” and many others.

Kacandes has been an executive producer on “Silence,” “The Wolf of Wall Street,” “The Hateful Eight,” “White Boy Rick,” “Once Upon a Time … in Hollywood,” which will be released later this year, and is also attached to the upcoming Quentin Tarantino film about Charles Manson, which also features DiCaprio.

Tillinger Koskoff was a producer on “The Wolf of Wall Street,” “Hugo,” “Shutter Island” and “The Irishman,” which is currently in post production and stars DiCaprio and was also directed by Scorsese.

Bower has worked on films as both producer and researcher for “Silence,” “The Wolf of Wall Street,” “Hugo,” “Shutter Island,” “The Departed,” “The Aviator,” “Gangs of New York,” and many others.

In 2016, The Hollywood Reporter published an article on Scorsese’s spiritual journey in making “Silence.” The film is an adaptation of a book about Jesuit priests held prisoner in Japan. The article details the pains Scorsese’s production team took to accurately identify the hierarchy of Samurai as described in the book, and how they worked with Japanese translators to translate 17th century Japanese into a version that would be understood by modern audiences.

This type of dedication to historical accuracy and sensitivity to interpreting another culture is what Standing Bear hopes Scorsese’s team may bring to their adaptation of “Killers of the Flower Moon.”

“They still have to show us interaction with our language department and our cultural department, I know they’re still in the beginning of their research, but I am stressing that,” Standing Bear said. “In 1921 and after that, our people were still speaking our language and that needs to be accurately portrayed.”

On June 19, Deadline reported that Paramount announced at the studio’s CineEurope presentation in Barcelona that they will finance and distribute “Killers of the Flower Moon.”

Standing Bear said he spoke with Oklahoma Lt. Gov. Matt Pinnell the morning of June 21. He said Pinnell was exploring what contributions the Osage Nation could provide to an incentive package the state is putting together to offer to Scorsese, Paramount and Imperative.

“I met Lt. Gov. Pinnell a couple of times and he always emphasizes tourism. As I have said before, the Osage Nation has warehouses and land they can use for filming, but one thing we have that nobody else has is we have our language, our culture, our crafts people, our people who know how to make authentic Osage clothing, foods,” he said. “But if they’re looking for cash that is something I will have to take to the Osage Congress.”

Standing Bear said Pinnell mentioned a fund and they have to get as many contributors as they can.

“I said to send me more details and I will send to the Osage Congress and we can talk about it,” he said. “I can’t make any commitments, but we really want the film to be filmed here, not Georgia and New Mexico, which have very attractive packages to offer.”