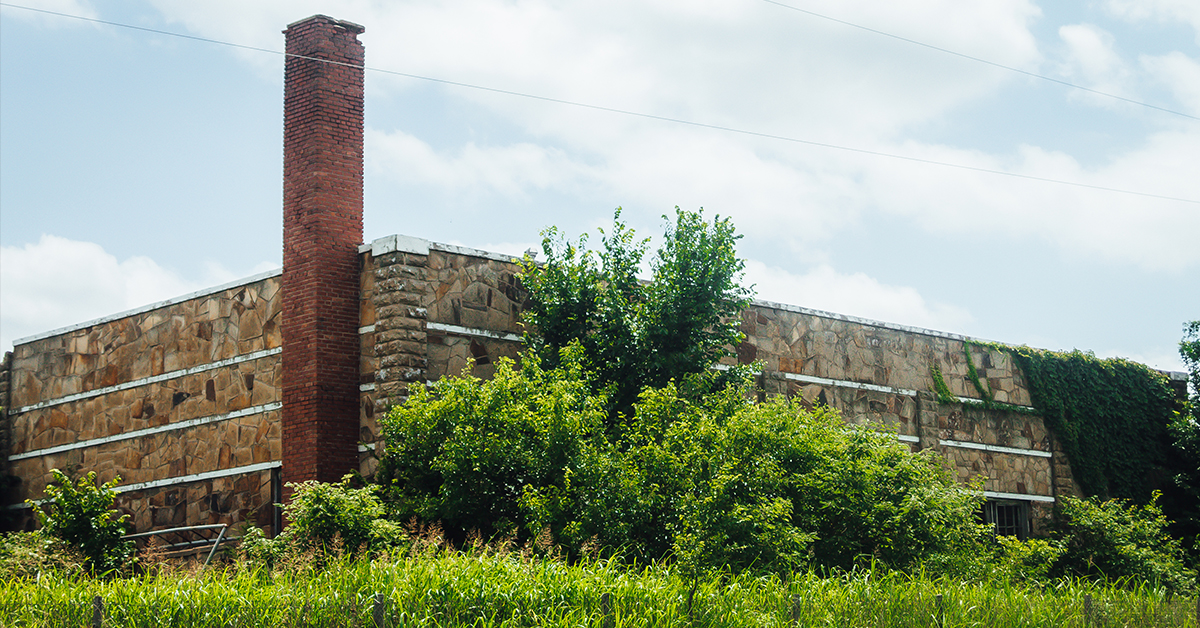 It started with a phone call.

Grayhorse Five Man Board chairman George Pease said he was watching the local auction ads when he noticed a two-acre parcel of land next to the Grayhorse Indian Village up for sale.

“I called Casey Johnson and let him know that a parcel of land was coming up for sale next to the village and I believed the Grayhorse School sat on it,” Pease said.

Red Corn attended the auction on June 10 and bought the school with the winning bid of $1,775.

On June 17, Principal Chief Geoffrey Standing Bear announced to the Sixth Osage Nation Congress that Red Corn had bought the Grayhorse School with the intention of selling it to the Nation. Standing Bear said the two-acre property came up for auction for delinquent taxes in the amount of $719. The Executive Branch did not have available funds for the purchase at the time of the auction on June 10 and Red Corn bought the property at his own risk, Standing Bear said. The school adjoins the Grayhorse Village on the west side.

Standing Bear ended his address with a request for the Congress to consider the appropriation for the purchase of the school for the Nation.

According to the Oklahoma Historical Society, the Works Progress Administration constructed the school in 1939 for the Grayhorse community. The school had four classrooms, a large gymnasium and operated through 1963.

Red Corn, whose work history includes an extensive career in construction and renovation of historical buildings, said the foundations of the school are strong.

“The masonry looks solid and in good shape. The steel I-beams in the gym also look good. Anyone wishing to repurpose the building would have a challenging demolition of the remaining wood frame, but beyond that it certainly could be successfully repurposed,” he said. “Before 2006, we repurposed historic building shells in downtown Pawhuska that were in similar condition.”

Congresswoman Brandy Lemon, who is from the Grayhorse District, sponsored ONCA 19-59 which authorized for the money to be appropriated out of the general treasury to fund the purchase of the school. The bill was sent to the Appropriations Committee for review.

Lemon told the committee that she had spoken with Standing Bear and he intended to put the property into trust and increase the size of the Grayhorse Indian Village by two acres.

“Anytime we have the ability to improve our land base it strengthens our sovereignty,” she said.

Congresswoman Paula Stabler said it was a good purchase for the Nation.

“I agree with what Congresswoman Whitehorn has said about assessing property to know the future use, and what the cost is going to be to us,” she said. “However, there are certain pieces that are just advantageous, and just the dirt itself is advantageous in this regard. So, I want to make sure that’s what we all understand. Whether it has an old barn on it, or it’s got an old well on it – it’s still a good piece of property for us.”

Lemon said there had been some question as to the possible redemption period for the property. After speaking with Congressional legal counsel, she said since the delinquent tax period took place before the auction, Red Corn owned the property and he was in possession of the deed to the property. It was not in danger of reverting to the prior owner.

The bill passed unanimously on June 24.