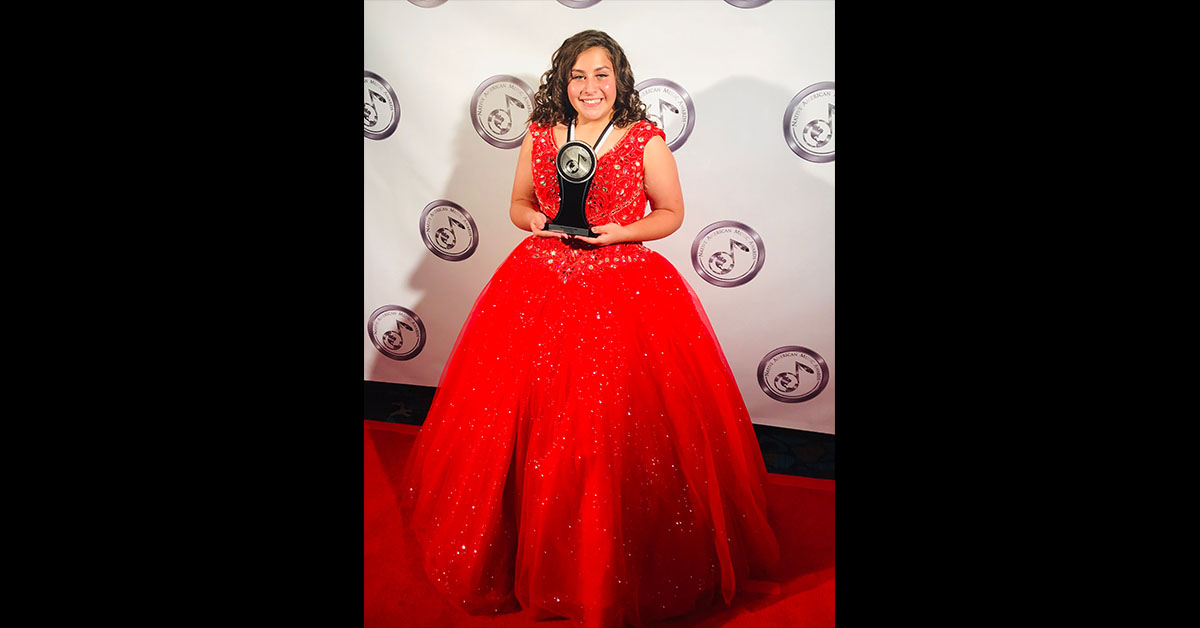 Ava Rose Johnson, the youngest artist to win a Native American Music Award at the age of 12, has a busy winter and spring ahead of her.

After her Nov. 2 win in Niagara Falls, N.Y., at the 19th Annual Native American Music Awards for Best Independent Recording for her video “Heaven’s Window,” she is currently in the songwriting process and gearing up to travel to Albuquerque, N.M., where she will record another video.

She recently performed in Wilburton for the Christmas Tree lighting on Nov. 22, said her father Nathan Johnson.

“We hope to have it [her new video] completed by mid-December. She is focusing on songwriting and hopes to be back in Nashville in 2020 to record some more music,” he said.  “She will be performing at three private events during November and December and participating in the Performing Arts series at Eastern Oklahoma State College in February. Ava also plays basketball, softball, participates in 4H and is the youngest member of her Church Choir.”

She also presented an award at the NAMAs, he said. Some of the award recipients that night were Oscar winner Wes Studi, WWE’s Mickie James and Rock band Portugal.

When asked if he expected his daughter to win, he said no.

“Not really we just thought it would be fun and a great experience to go!! When she won, we all were so excited!!” he said.

“Heaven’s Window” is a song in memory of a friend who died in an ATV accident two years ago, Johnson said.