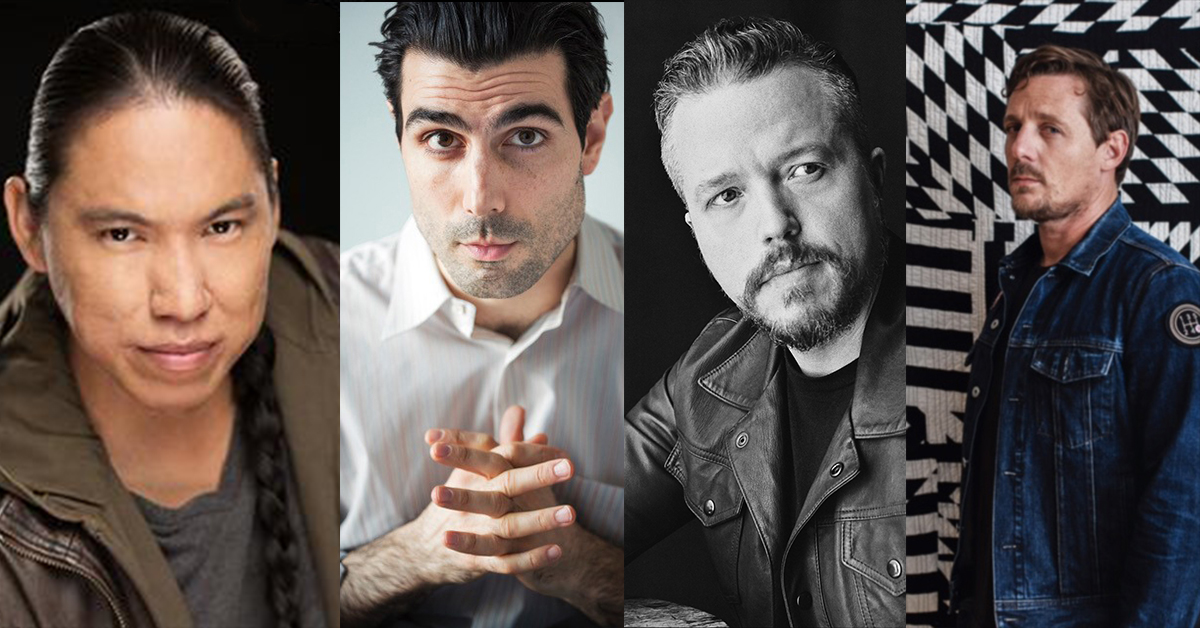 Henry Roan. That name echoes within the Osage Nation every time a story is told about the Reign of Terror. Henry Roan, an Osage man who trusted and befriended the “King of the Osage,” a white man by the name of William “Bill” Hale. Henry Roan, who abided by the law and was failed by it time and time again. Henry Roan, who was shot in the back of the head by Hale’s associates for his life insurance and oil wealth.

On Tuesday, Apple Original Films exclusively announced to Osage News that four actors would be joining the cast of Martin Scorsese’s upcoming, “Killers of the Flower Moon.” The film is an adaptation of David Grann’s bestselling book of the same name. The story details the systematic murders of Osage tribal members in the 1920s and chronicles the birth of the Federal Bureau of Investigation that investigated and discovered the plot to kill Osages for their oil wealth.

Kelsie Morrison was a bootlegger, a double agent working as both an informant to the FBI and a hitman for William Hale. Morrison was responsible for the murder of Anna Brown, the sister of the film’s heroine Mollie Burkhart, and he also confessed to poisoning his Osage wife for her inheritance.

Bill Smith was the white husband of Reta Smith, Mollie Burkhart’s younger sister who is tragically killed when Hale’s associates blew up her home with dynamite.

Henry Grammer was an infamous rodeo champion and bootlegger and good friend to Hale.

"I knew this day was going to come and I wasn't sure how I was going to feel about it. Hopeful, I guess is the word that best describes my feelings. Henry's life was cut short, and my mom was born two years after his passing. And my grandma, my infant uncle James died from a car wreck a few years later so very little first-hand information about him was passed down," Gray said. "Unfortunately, history has relied upon the FBI investigation to get a sense of who he was. It's clear he was caught up in something he had little control over, just like the rest of the tribe. At this point, we can only hope for the best."

Scorsese produces and directs “Killers of the Flower Moon” for Apple Studios from a screenplay by Eric Roth. Producing alongside Scorsese are Imperative Entertainment’s Dan Friedkin and Bradley Thomas and Appian Way Productions.

William Belleau was born in Williams Lake, British Columbia on Alkali Lake, a small reservation also known to First Nations Secwepemc as “Esketemc.” He and his family later moved to Edmonton Alberta where he grew up. Belleau’s taste for acting first developed when he answered a call for volunteers at Sxoximic School (Alkali Lake) for participation in school plays. In 2006, after attending a talent competition in Orlando, Fla., he received a partial scholarship to attend the New York Conservatory for Dramatic Arts. Among Belleau’s notable roles are “Blackway,” starring Anthony Hopkins; "The Twilight Saga: Eclipse,” “The Killing,” Netflix’s “Frontier,” “Van Helsing,” “Arctic Air,” Amazon's “The Man in the High Castle,” “Loudermilk,” “Supergirl” and “Blood Quantum.”

The American stage and screen actor Louis Cancelmi is best known for appearances in “Boardwalk Empire,” “Blue Bloods” and Martin Scorsese’s “The Irishman.” Cancelmi’s “Irishman” performance won him high praise and national attention. He’ll soon be seen in, “The Eyes of Tammy Faye,” with Jessica Chastain and Andrew Garfield. Louis Cancelmi is a frequent performer with New York’s Public Theater and has appeared with the company in “Coriolanus,” “Troilus and Cressida,” “The Tempest” and many other productions. His film credits include “The Amazing Spiderman 2,” and “First Person Singular.” TV appearances include “Law & Order,” “The Looming Tower,” “The Blacklist,” “Billions,” “Elementary” and many others. He has appeared on stage on Broadway, off-Broadway and in London’s West End. Cancelmi was born in Pittsburgh, Penn., and attended Yale University.

Jason Isbell has established himself as one of the most respected and celebrated songwriters of his generation. The North Alabama native possesses a penchant for identifying and articulating some of the deepest, yet simplest, human emotions, and turning them into beautiful poetry through song. Isbell sings of the everyday human condition with thoughtful, heartfelt, and sometimes brutal honesty. Isbell broke through in 2013 with the release of “Southeastern.” His next two albums, “Something More Than Free” (2015) and “The Nashville Sound” (2017), won Grammy Awards for Best Americana Album & Best American Roots Song. Isbell's song “Maybe It's Time” was featured in the 2019 reboot of “A Star Is Born.” His latest full-length, “Reunions” (2020), is a critically acclaimed collection of ten new songs that showcases an artist at the height of his powers and a band fully charged with creativity and confidence.

Sturgill Simpson was recently seen in Melina Matsoukas’s film “Queen and Slim” for Universal Pictures and Makeready, and Jim Jarmusch’s “The Dead Don’t Die,” for which he wrote and performed the theme song. Simpson made his acting debut in the CBS All Access series “$1” from Jason Mosberg and Craig Zobel. In October of 2020, Simpson released his first bluegrass project, Cuttin' Grass Vol. 1–The Butcher Shoppe Sessions. The album was conceived while he was recovering at home after being hospitalized with Coronavirus and saw him reimagining songs from across his catalogue backed by some of Nashville's finest acoustic virtuosos. He released Cuttin' Grass Vol. 2 –The Cowboy Arms Sessions in December 2020, featuring “Hobo Cartoon” co-written with Merle Haggard. Simpson has performed on The Late Show with Stephen Colbert, The Tonight Show Starring Jimmy Fallon, Late Night with Seth Meyers and Saturday Night Live.