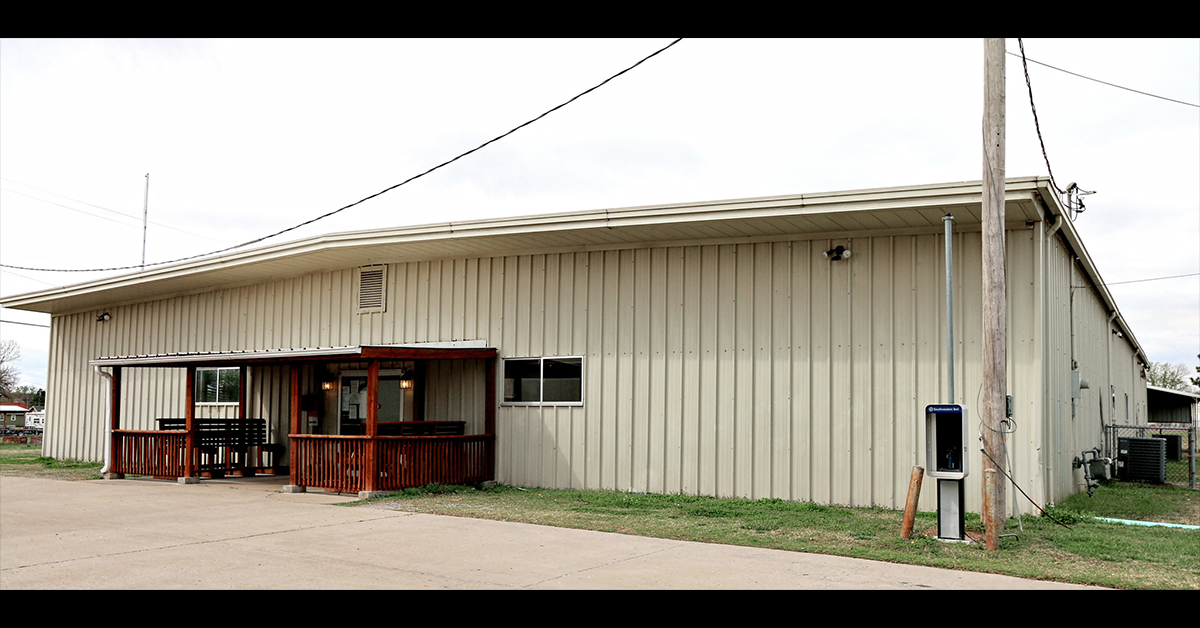 The long-awaited and planned new Wakon Iron community building and chapel projects in the Pawhuska Village now have construction funding thanks to two appropriation bills passed by the Seventh Osage Nation Congress during the 2021 Hun-Kah Session.

After approving a revised 2021 projected revenue resolution (ONCR 21-07 sponsored by Second Speaker Jodie Revard), Congress unanimously passed bills ONCA 21-42 and ONCA 21-43 (both sponsored by Congresswoman Paula Stabler) to appropriate $1.7 million and $5.7 million for the two respective projects’ building costs. The projected revenue resolution lists revenue amounts the Nation’s government is anticipating and is also a tool for budgeting appropriations throughout the fiscal year.

On April 21, the 12-member Congress voted “yes” on each of the two bills that were later signed by Principal Chief Geoffrey Standing Bear into law.

The two approved bills come after discussions and debates during two special sessions last year where prior village project appropriation bills failed to pass as the Congress considered several financial matters including legislation allowing a one-time exemption from Osage law to appropriate from the last-minute $20 million true-up distribution made by the Gaming Enterprise Board on Sept. 30 just before the 2020 fiscal year ended.

Before the April 21 vote on ONCR 21-07, Revard addressed Congress: “We talked about whether to waive the law to allow us to access the money from the true-up from the casino, that failed. We then found out from the (Attorney General) and our legal counsel that we were able to access the money through our own law because of the definitions, and so from that, we talked about the unappropriated amount (in Appropriation Committee meeting discussions). I’m asking that Congress vote to approve this resolution so that we can move on with our appropriations that have been presented to us.”

Congressman Eli Potts said he wished there was more time to review ONCR 21-07 and said he would be voting against it because he argues the resolution is “flawed” and lists figures he did not believe should be included.

Afterward, Congress discussed the two bills for the Wakon Iron community building and chapel projects. In August 2020, the Pawhuska Village Committee members signed off on a written resolution approving the two buildings’ design plans. Appropriation bills for the buildings were not voted on during the 2020 Tzi-Zho Session due to a lack of unappropriated funding at the time, which was before the $20 million distribution was made to the government.

Stabler said the two bills for the village projects “have been on a long road to get here today so I’m finally happy we can get (the bills) to a vote. Any time we deal with our villages we are dealing with our cultural homes, so that’s why the importance for me and for others to get these things accomplished. We’re almost 15 years into this new government and this is a big expenditure. It’s the third village that is receiving funds for this construction and in the past, I think of how we were in previous decades and how we had to operate in those decades ... How nice it was that we had the evolution of these facilities from (a field) to a round barn and to grass arbors and to wood arbors and finally the community buildings came about. The ability to have the comfort to be able to participate in our culture, it’s part of the evolution of our people.”

Before winning the 2018 election to Congress, Stabler, a longtime village resident, served on the Pawhuska Village Committee during two stints and is familiar with the current buildings’ history and need for a new larger community building and chapel which have several wears and tear maintenance issues from decades of community usage.

“For this village, I think back to the little Wakon Iron, it was a schoolhouse here in town, it was the Indian Camp schoolhouse and so my dad’s generation went to school there and when the new building was built, I remember my grandparents as well as others in our district bought that little schoolhouse and brought it over so it could be a central place for people to participate or to have funerals or dinners and I remember well – as well as others – never feeling like we were crammed in there but we were shoulder-to-shoulder sitting on benches ... It was the start of the modern era of community living and now we’ve evolved and now we’ve had the little Wakon Iron and the big Wakon Iron and those have now finished their days of being able to take care of us. And so, this is exciting, it’s appropriate, it puts a roof over our heads while we take care of those things, take care of our family members and have dances – something I miss is having those winter dances and a place to go.

Revard, who serves as a Pawhuska District cook, said the Wakon Iron building feels like her second home. “I know as a cook, our chapel is quite small now, we’ve outgrown it ... I feel like it’s really important that we address the expansion and growth as we go forward ... We put that piece of our culture in the constitution for a reason and there’s also a separation between culture and government and there’s a fine line and I respect that, and I understand it. I just want to ask my colleagues to please consider this appropriation and support a new chapel for our district just as I would as a Congressperson to support the needs of these other districts,” she said.

On the Wakon Iron community building, Revard added the other districts have used the building as well and vice versa. “I’ve cooked many times in Hominy and a couple of times in Grayhorse and we use this building to meet the needs of all of our folks here and we use it for events. I’ve heard discussion and I’ve listened (to comments) ‘maybe the building is too big, it’s going to cause the amount to go up.’ I was also told you maybe want to leave that up to our villages to decide how big they want their facilities. I feel like they know what the actual need is. I want my Congress members to know there were many meetings held with the Pawhuska five-man board, a lot of the different cooks, a lot of the different community members. Because of COVID, it was hard to work around that, but they were very transparent in what they were doing ... They’ve invited Congress members to come look at the building ... We were sitting there at a funeral for one of my relatives while water dripped from the lights and there were three other Congress members there and we’re in need of a new building and I think all the other cooks from the other districts that have cooked there would agree and our other community members,” Revard said.

Goodfox, who is a Hominy District cook, referred to recent social media comments stating the village buildings are minimally used once each year. “That’s not true, they’re not just used once a year for four days and anyone who thinks that or holds that belief just isn’t around to see the other times that they’re used. We use those buildings for funeral dinners, and yes, during June to feed our committees and our visitors, but they’re also used for our children for graduation handgames and Johnson O’Malley events and many other things, first birthdays. My own child, I had his first birthday in the Hominy Village at our community building ... I just don’t want anyone thinking these buildings are just there for June and that’s it ... We need a place to be able to take care of our people and that’s what this building is for.”

Maker said he supported the need for the buildings and knew the day would be coming for the structures. “Sometimes we have to go by our process how government works, government is an institution of rule and law and sometimes we have to slow down a little bit to make sure we have everything in order,” he said.

Lemon also expressed happiness for the bill votes. “I’m glad we were able to overcome some hurdles that we had and I’m really looking forward to the finished product and today’s a good day for our people in our Pawhuska District and I appreciate everyone coming together,” she said.

For more information on the ON Congress, filed legislation and to view a calendar of scheduled session and committee meetings, visit online: https://www.osagenation-nsn.gov/who-we-are/legislative-branch