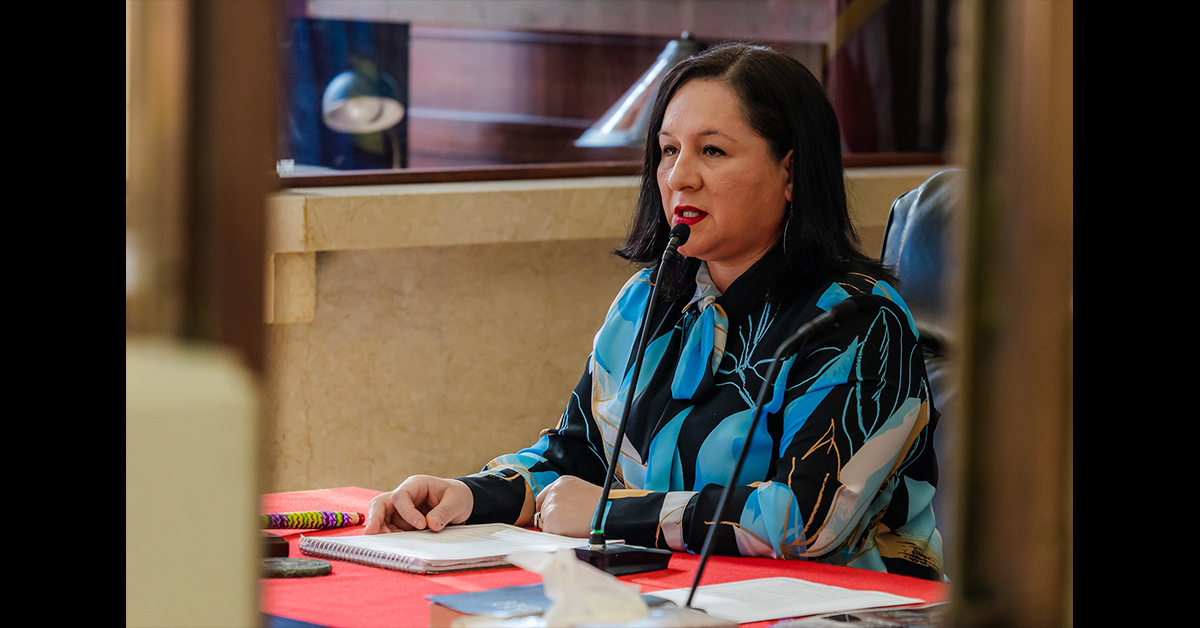 The Seventh ON Congress extended the 24-day session by one day to continue considering and voting on filed bills and resolutions.

Pratt reported the following numbers in front of her Congressional colleagues, which were compiled with the assistance of Congressional office staff.

As for appropriation bills passed during the session, Pratt reported:

-        $50,000 supplemental appropriation for the Nation’s Financial Assistance Department for crisis assistance to finish out the 2021 fiscal year (ONCA 21-36 sponsored by Congresswoman Alice Goodfox)

-        $5.5 million to replenish the Nation’s permanent fund, which was accessed last year when the Sixth ON Congress approved using the rainy-day funding to continue government operations after the COVID-19 pandemic reached Oklahoma, prompting a nearly two-month closure of all seven Osage Casinos (ONCA 21-44 sponsored by Second Speaker Jodie Revard).

“I really thank you all to help keep us moving (and to) Congress: a job well done, I appreciate all of your work and collaboration,” Pratt said in her closing remarks. “It’s been hard on us, on our families, I just wanted to say bless your families and bless you all. It’s been a rough year in trying to make it through all of this and tough on our community and I appreciate everyone’s efforts to work through (the) very unprecedented times that we live in and to be able to still take care of our families and keep going and be strong for our people.”