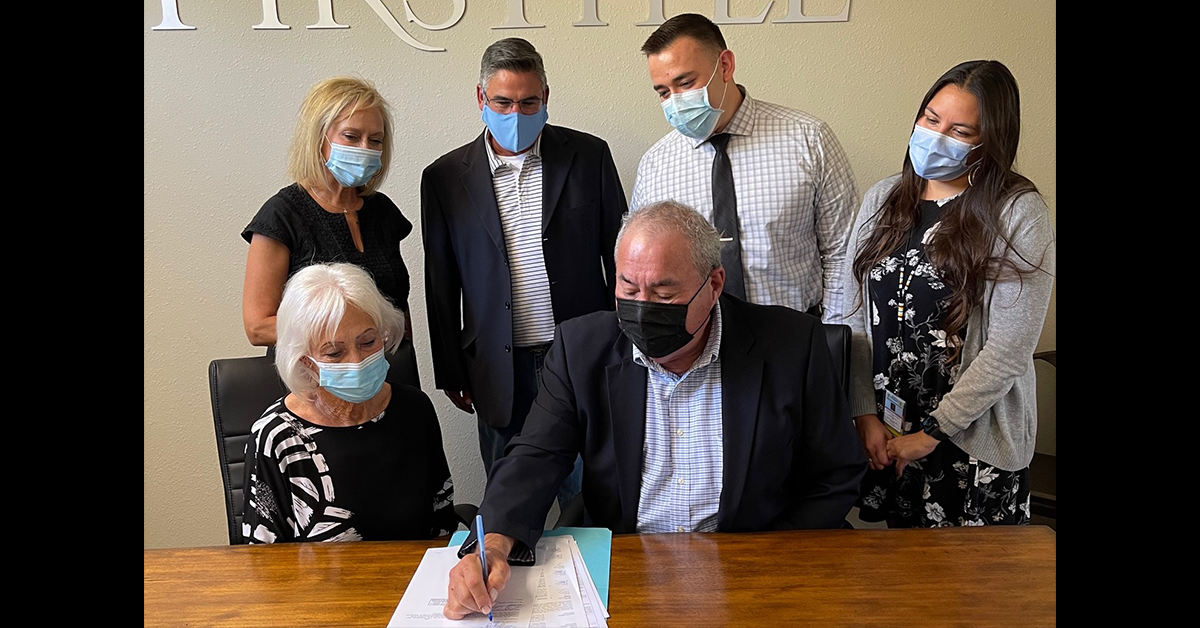 The Osage Nation is planning to relocate its Primary Residential Treatment facilities and Counseling Center offices to a newly acquired ranch property west of downtown Pawhuska.

On behalf of the Nation, Principal Chief Geoffrey Standing Bear closed on the Ellis Thomas Ranch (ET Ranch), located on Elks Lodge Drive on Sept. 14, according to an Osage Nation press release. The property will be the site of a new PRT facility, which provides transitional living to clients seeking drug and alcohol treatment services.

Once built, the new facility will serve both adults and adolescents and will include new department and administrative offices for the Counseling Center. Closure on the property comes nearly two months after the Seventh ON Congress voted to appropriate $12 million of the American Rescue Plan funds distributed to the Nation for the new facilities.

During the 10th Special Session that started in late July, Second Congressional Speaker Jodie Revard sponsored ONCA 21-58, which is an act to authorize and appropriate $12 million for the new PRT and Counseling Center facilities. During the special session, Revard said the current PRT facility in an older Barnsdall building is small and outdated. The bill is among 15 ARPA funding bills unanimously approved on Aug. 2 after the Nation received an initial distribution of $108.3 million in ARPA funds.

According to the release, other ON officials who attended the property closing were Attorney General Clint Patterson, Kirk Shaw, manager for the Wahzhazhe Health Center, Dr. Amanda Bighorse (WHC Chief Medical Officer), as well as Stephanie Thomas Priest and Judy Thomas who sold the property to Osage Nation.

The ON Health Authority Board will begin “design and scope of work to continue project development” on the new PRT and Counseling Center facilities.

Cindra Shangreau, Health Authority Board chair, said the property comprises 320 acres while meeting with the Congressional Health and Social Services Committee on Sept. 20 for the Counseling Center’s 2022 fiscal year budget. She told the committee “We want to have established a vision” for the future facilities and a steering committee would be formed to help with the planning.